Karen Sklaire (Writer/Performer)is an actress,  and comedienne  . She has toured the country with Theatreworks/USA and has been featured Off-Broadway at The Promenade Theatre, Town Hall, and The Soho Playhouse as well as featured in the premiere of Orson Welles  Too Much Johnson at  The Film Forum. She has performed standup comedy in clubs throughout NYC and hosted such comedians as Judah Freidlander( 30 Rock) and Colin Quinn as well as touring with comedian Rob Bartlett and the Bartletts. She has performed standup comedy in clubs throughout NYC and appeared on Saturday Night Live, In the Mix and on The Imus in the Morning show. Karen wrote and performed her her solo show Ripple of Hope: One Teacher’s Journey to Make an Impact  directed by Award winning director Padraic Lillis which was named one of Best of Fringe*, and Best Performance*  at The Capital Fringe Festival in Washington DC( *DC Metro). Ripple of Hope premiered in a sold out run at The New York International Fringe Festival where it was named Best of Fringe*( Broadway Blog). It also won the best of the festival and audience favorite at the Flying Solo Festival at the Secret Theater in Long Island City.  In addition to being a full time drama teacher Karen created the first Speak Truth to Power summer theater camp which merges human rights education and theater.  Karen is the recipient of the 2015 Robert F Kennedy Human Rights award for her work in theater and human rights. presented by Catherine Keener.  Recently Ripple of Hope raised $3500 for a school in Puerto Rico.Currently a screenplay is being developed based on Ripple of Hope, as well as a new web series development.

Padraic Lillis ( Director) has worked on Broadway, National Tours, Off-Broadway, Tony Award winning Regional Theaters. Last year he was awarded the NY IT Award for Outstanding director for his production of Lindsay Joy’s Rise and Fall of a Teenage Cyber Queen, Overall Excellence Award from NY International Fringe Festival for his production of Lee Kaplan’s Bully, and he was named an Indie Theater Person of the Year. Most recently he was a Geva Theatre Directing fellow in residence at SUNY Brockport. Other solo shows he has directed are Adina Taubman’s award winning show A Line In The Sand (a documentary show about Columbine), Kelly Kinsella’s When Thoughts Attack, he also co-wrote with Kelly Kinsella How To Do A One Person Show, and he wrote and performs his own solo show How To Survive Crack Addiction. He is also a published playwright with Dramatist Play Services and Indie Theater Now. Padraic was awarded the Dayton Hudson Distinguished Artist Fellowship. He is a member of Labyrinth Theater Company, the Founder and Artistic Director of The Farm Theater, and a life long Yankee fan. 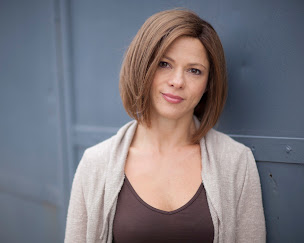 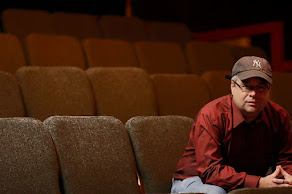