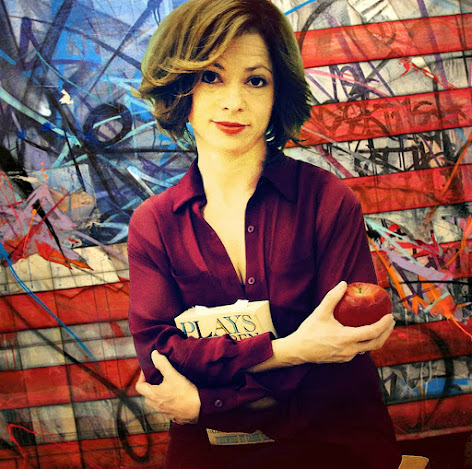 "Her writing is funny, self-effacing, heartbreaking and enlightening. ....Sklaire is a fireball of wit, talent, energy and earnestness....she masterfully moves from physical theatre, to dance, to song, to stand up comedy to create her magical classroom." - NYTheatreGuide.com

“Looking for a piece that will change hearts and minds? Check out Ripple of Hope.” – DC Theatre Scene

“Sklaire does a fine job of personalizing her students with affection, humor, and ultimately, hope.” – MD Theatre Guide

A young idealist from Connecticut, inspired by teacher-as-hero movies, begins her career teaching drama in the South Bronx.  In this autobiographical solo show, Karen navigates her way through the troubled NYC school system as she struggles to engage her challenging students with everything from ‘gangsta’ improvs to a rap version of ‘Annie’. Her dedication to the her students and her desire to make a difference impels her to find a way to please an ever- changing administration in order to keep her job. She will soon realize that in a world of budget cuts, rubber rooms, and the common core the question is not “what’s wrong with me?” but, rather, “ what’s wrong with this system”?

"Karen Sklaire’s delightful, insightful, hilarious, as well as touching solo show...Swank and Pfeiffer were only acting; Sklaire is the real deal" - Broadway Blog
"She tilts against the windmills and we love her for it...She cares, so we care, and it’s a true story, so we care more. And I take care to recommend it." - Caberet Exchange
“An engaging and charismatically acted narrative... Sklaire is a winning storyteller, a talented writer and a moving performer, and her show certainly is thought provoking” - Theatre Is Easy

RIPPLE OF HOPE NAMED "BEST OF "For 2016 in BROADWAY World

*"BEST OF "For 2016 in BROADWAY WORLD Rhode Island